Unlike most fairy tale love stories, it wasn't love at first site for Broadway actors Kate and Andrew. They shared many mutual friends who thought they would be great together, but the dynamic duo just didn't see it. Eventually, they decided to take a leap of faith and go out on a few dates. Needless to say, the rest is history.

The couple visited the Roxbury Motel in New York and stayed in the "Final Frontier" themed room, which was the perfect proposal setting for space lover, Andrew, and a throwback to one of their first dates where they watched a meteor shower together.  It was only days later they discovered the Disney Weddings website and started planning. Neither of them had any idea of what they wanted, but they shared a love of Disney and knew they wanted something magical.

While they had originally planned to visit the ceremony sites during their pre-planned vacation to Walt Disney World, they eventually decided to turn the trip into their actual wedding! They chose the Conch Key Marina at Disney's Grand Floridian Resort & Spa, which Kate described as "even more beautiful than we'd hoped, with Cinderella Castle in the background!" They loved every detail of their intimate day- from the violinist to their photographer and officiant. 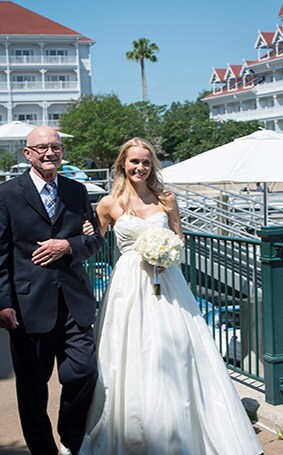 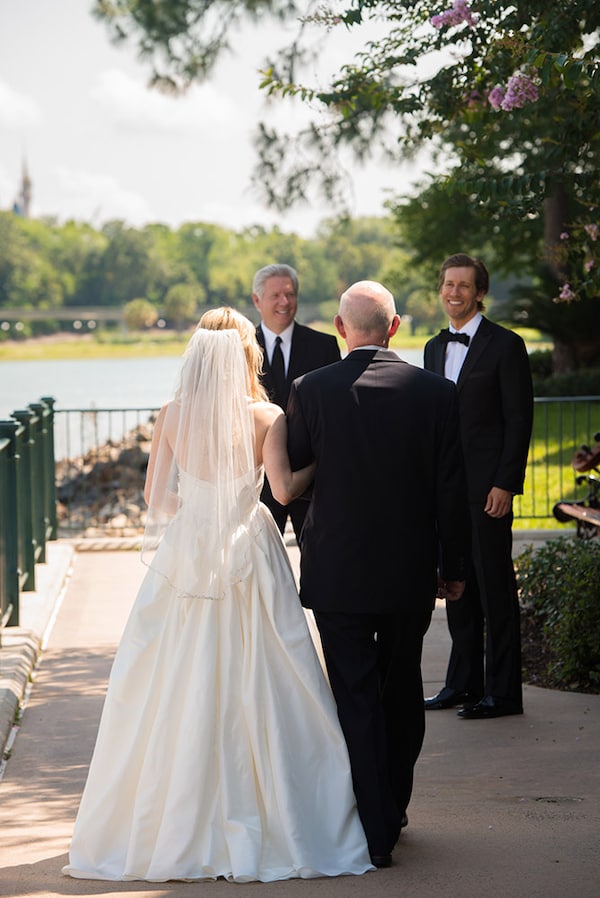 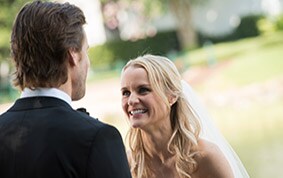 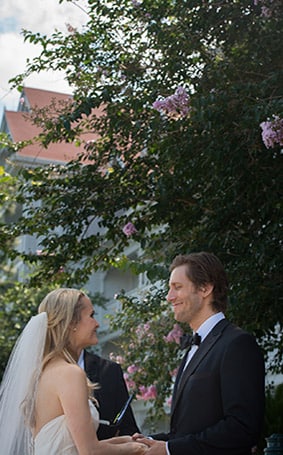 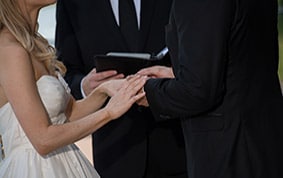 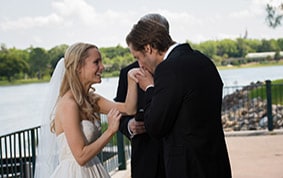 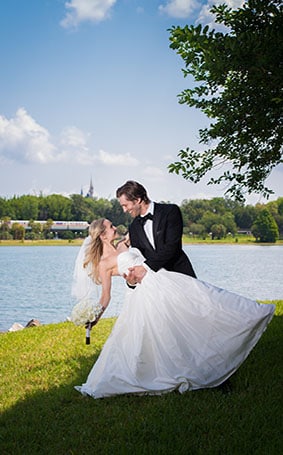 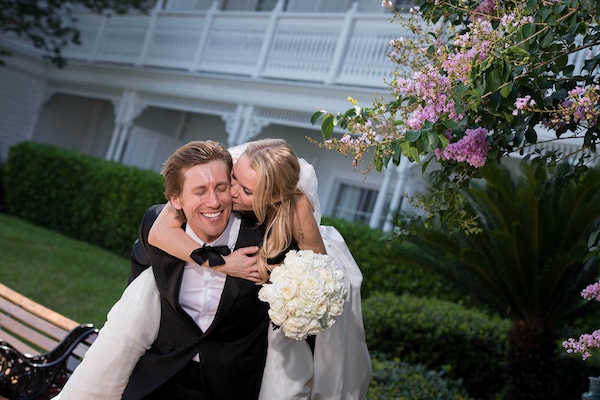 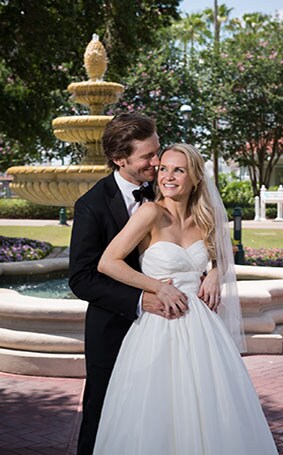 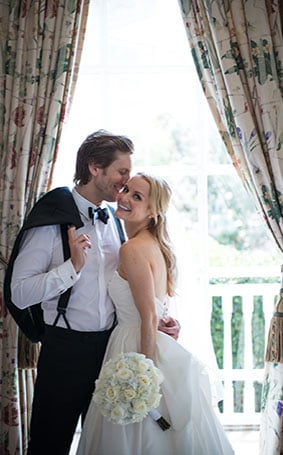