This Walt Disney World couple was destined to be "sole" mates because their relationship sparked when Robert commented on Steven's shoes to help break the ice. They aren't sure where those shoes ended up, but Robert had a feeling he was looking at his soul mate from that first moment. He didn't know how it happened, but he just knew.
Years later they decided to tie the knot at Disney's Wedding Pavilion, because of its classic ambiance, and celebrate their nuptials at the Living Seas Salon thanks to an unexpected backstage tour of the dolphins. Robert said he remembers walking into the room and feeling his eyes fill with tears, knowing that one day he would eventually have his first dance with Steven in the same exact spot.
Sometimes you just know, without any explanation...and that is the magic of true love. 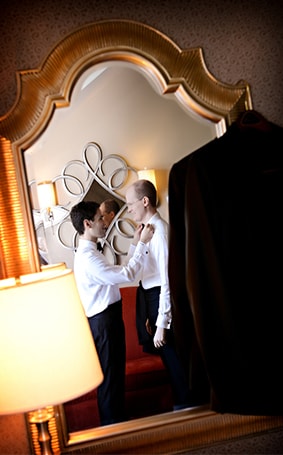 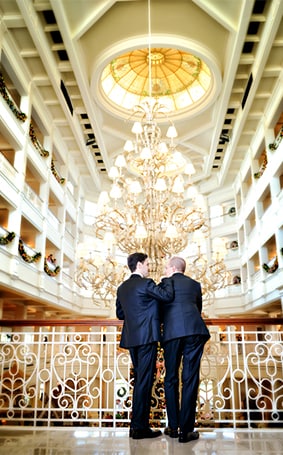 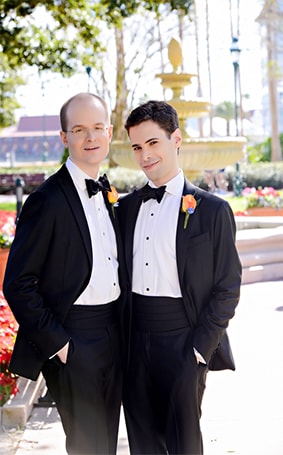 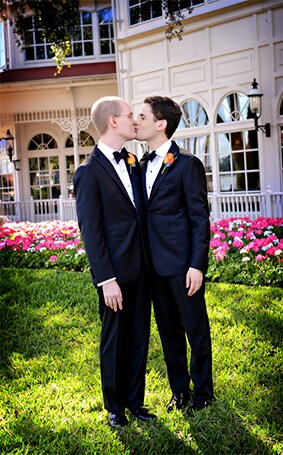 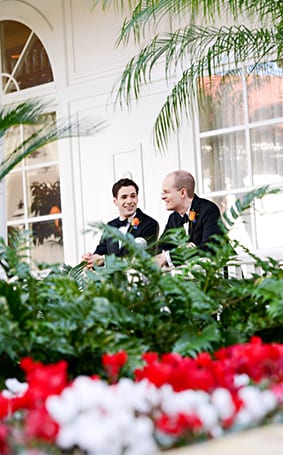 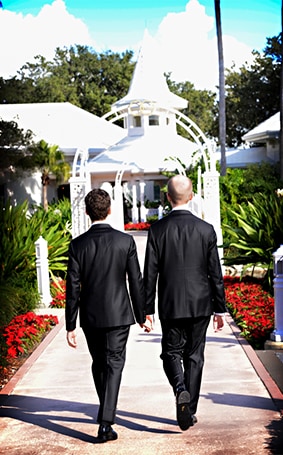 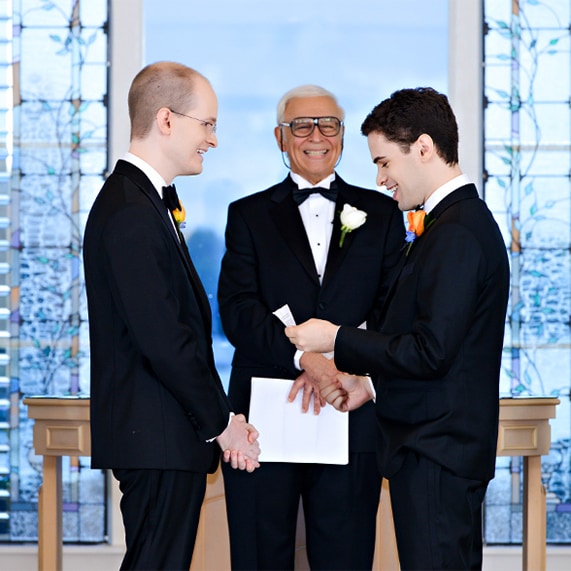 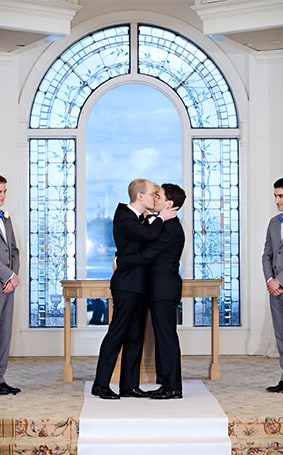 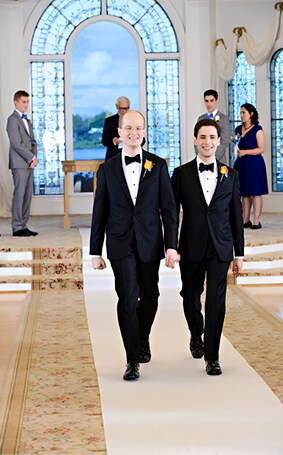 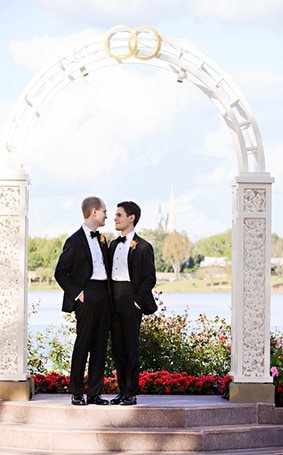 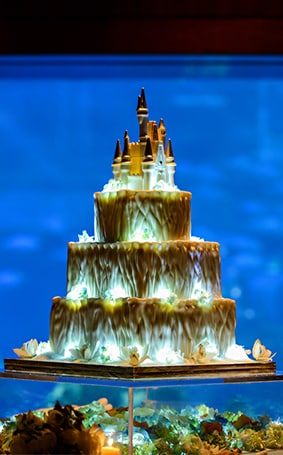 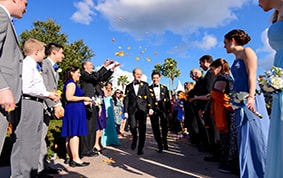 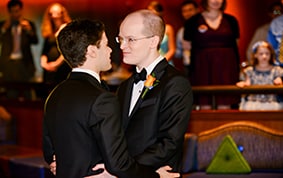 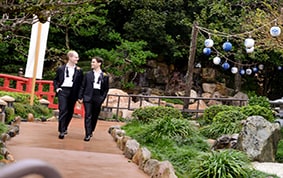 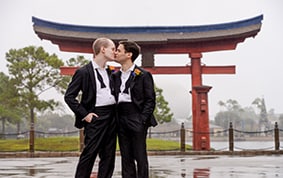