During a trip to Disneyland, Alex suggested to Chelsea that they do a caricature drawing to have as a memento from their vacation. Chelsea thought, why not? While the two smiled and sat as still as possible, people walking by stopped and gave the couple thumbs up and said things like, "How cute!" About forty-five minutes later, the artist turned the portrait around and"“ much to Chelsea's surprise"“ it showed Alex on one knee holding a diamond ring with the words, "Will you marry me?"  Caught up in the moment, Chelsea turned to Alex and experienced the real-life edition as he asked her to marry him. The cutest part? Alex's parents were also engaged in Disneyland! 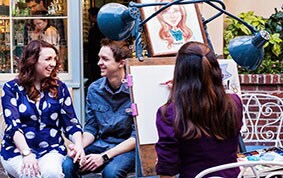 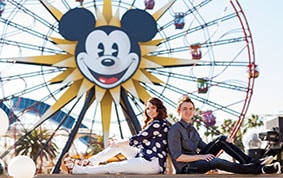 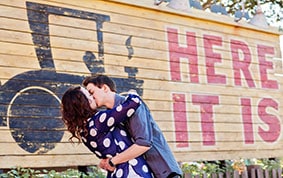 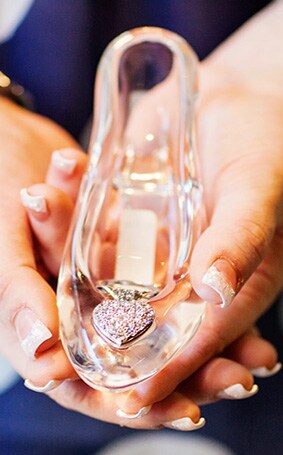 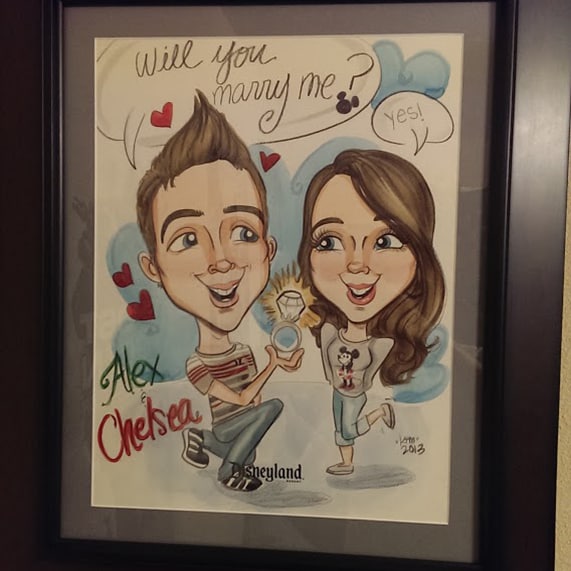