Rhianedd and Ben's love story started in college when the two met in an astronomy class. They spent the entire semester studying together as friends until the summer when Ben finally asked Rhianedd on a date. And the "rest was history."
On a family vacation in Wales, they visited the same church that her parents were once married in. While taking photos, Rhianedd's mother asked for a picture of the couple. That's when Ben got down on one knee and popped the question!
As avid Disney lovers, the two realized their Disney wedding dreams on an annual trip to Disneyland. They fell in love with the Brisa Courtyard at Disney's Grand Californian Hotel & Spa. But fate had a different plan when the Brisa Courtyard went under construction 10 days before their wedding. In true Disney spirit, the Disney Wedding Team  worked their magic to give the couple a wedding at the Wedding Garden that was "magical" and a "dream come true." 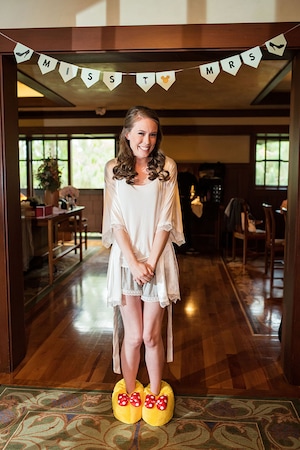 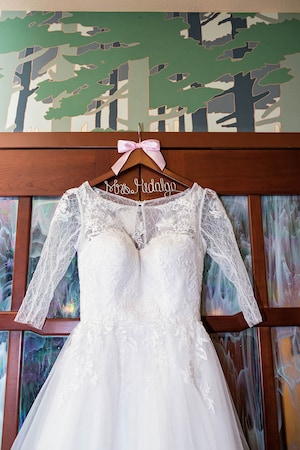 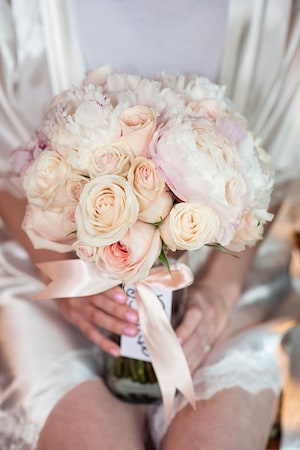 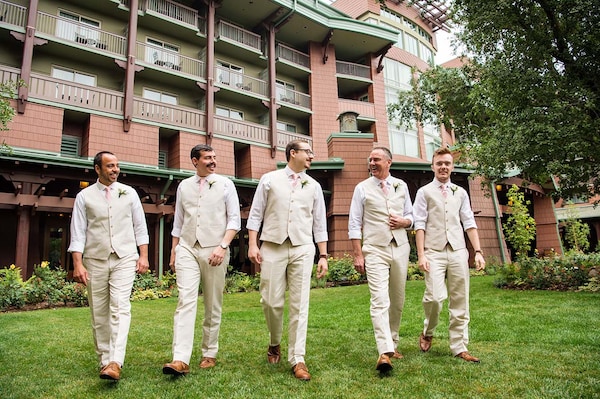 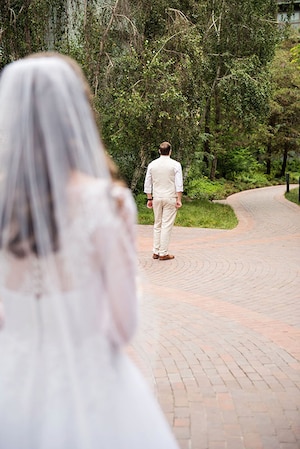 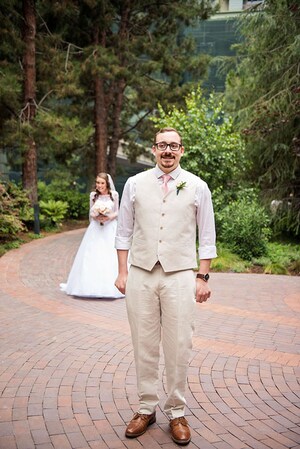 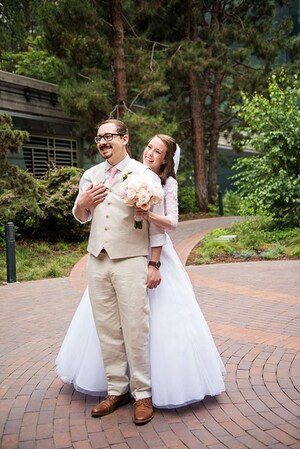 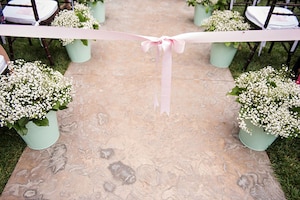 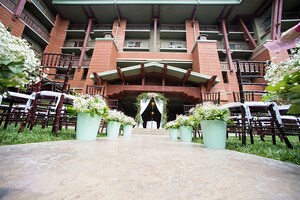 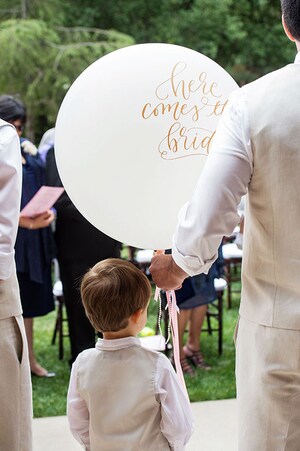 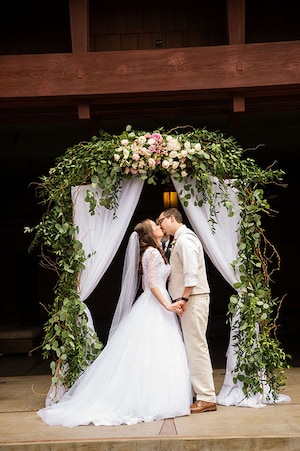 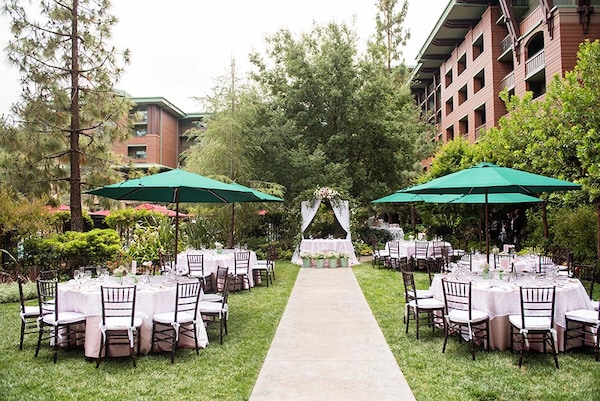 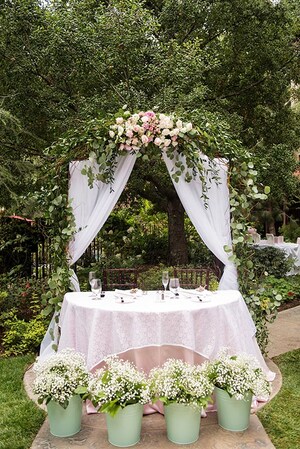 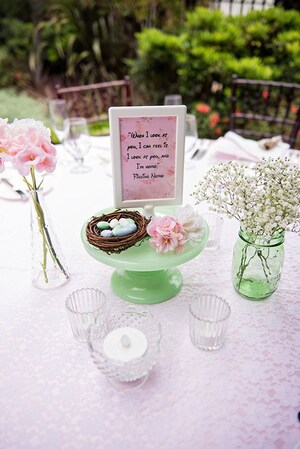 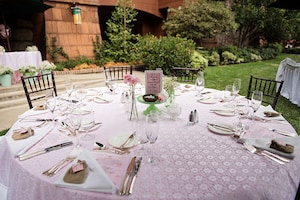 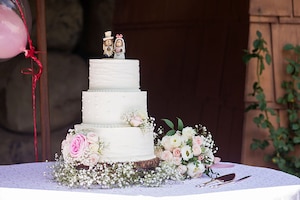 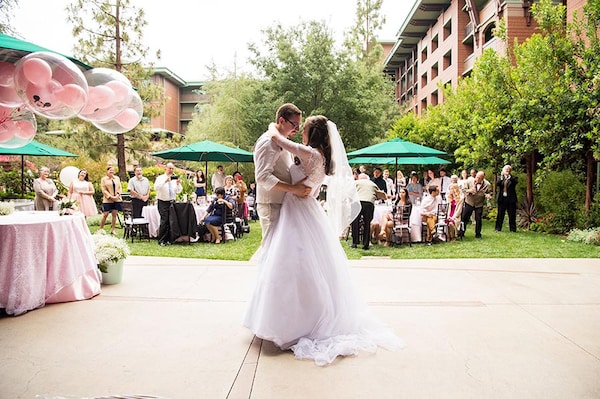 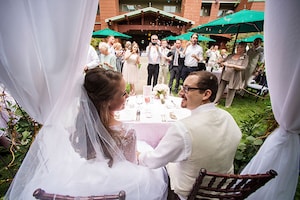 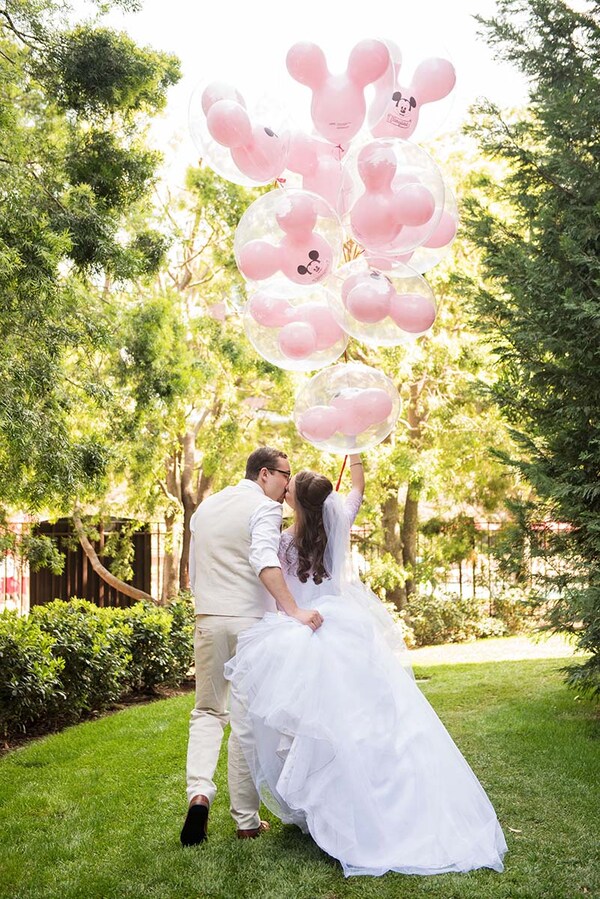 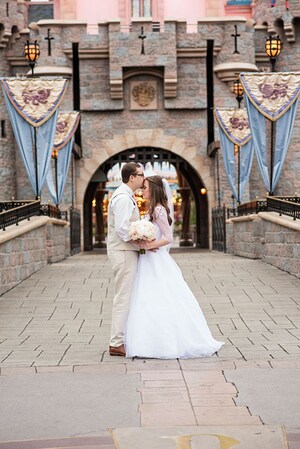 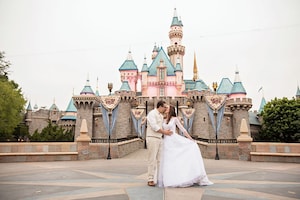