Today's love story sounds like something straight from a storybook. Jaime and Jason first met in sixth grade. He actually had his best friend ask her to dance for him, and the two shared their first dance to an *NSYNC song. As so often happens with middle school relationships, it lasted one whole week. However, four years ago, they rekindled their love. Jaime said, "He's been my dream man since 6th grade, and I always knew it was him."
Jason proposed by recreating their first date together after reconnecting. The two relived all the moments from eating sushi, taking a trip to the driving range and snuggling on the beach where they shared their first kiss. Sitting on the same beach at sunset, he asked her to marry him and she of course said yes!
Jaime has dreamed of a Disney's Fairy Tale Wedding since she was a little girl - "Disney reminds me of my childhood, love and the idea that anything is possible." After the engagement, it was obvious where they were going to have their portrait session. Jason commented, "Jaime has been, still is, and always will be a Disney girl. She loves all things Disney. I knew we had to do whatever it took to make her dreams come true." They are both looking forward to their own happily ever after; the perfect ending to this real life fairy tale. 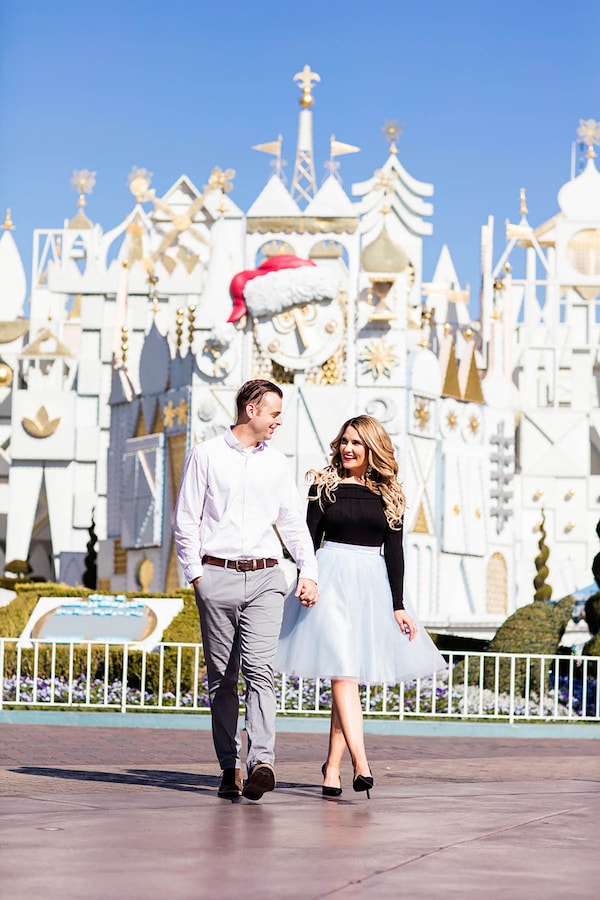 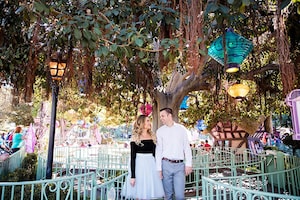 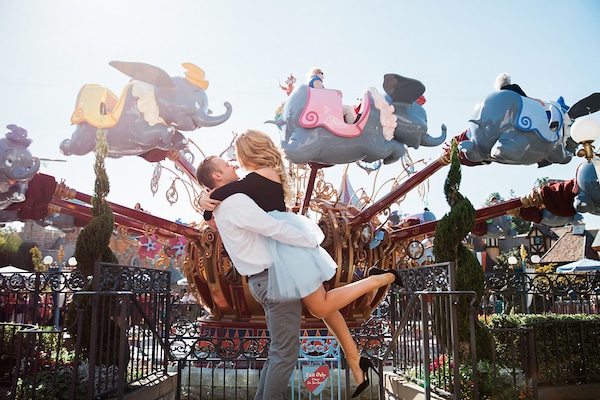 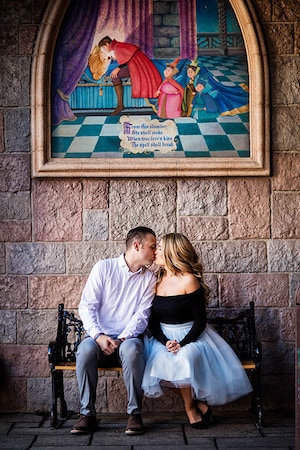 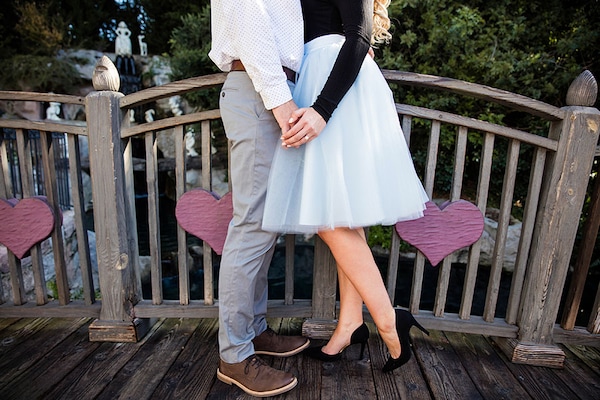 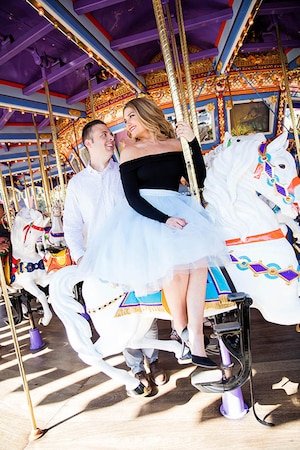 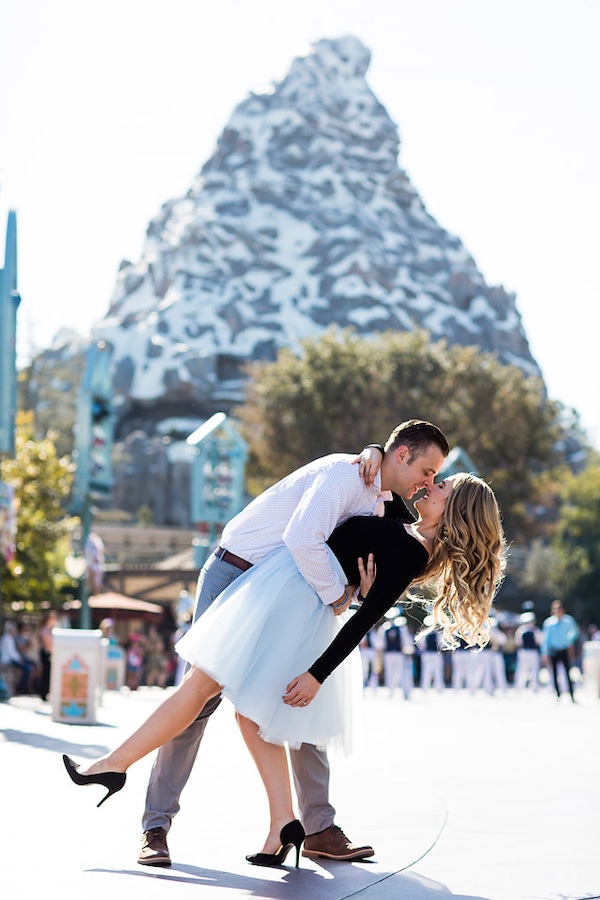 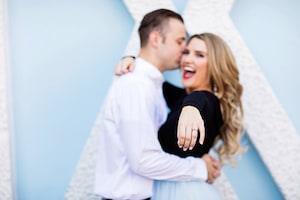 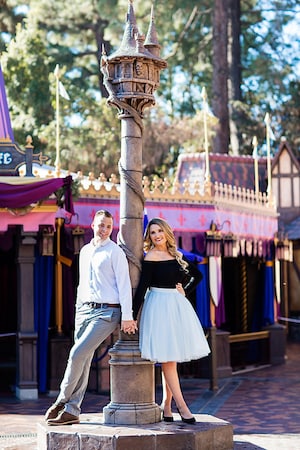 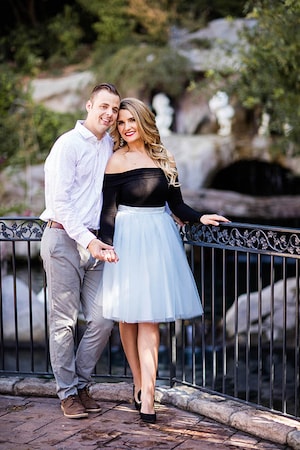 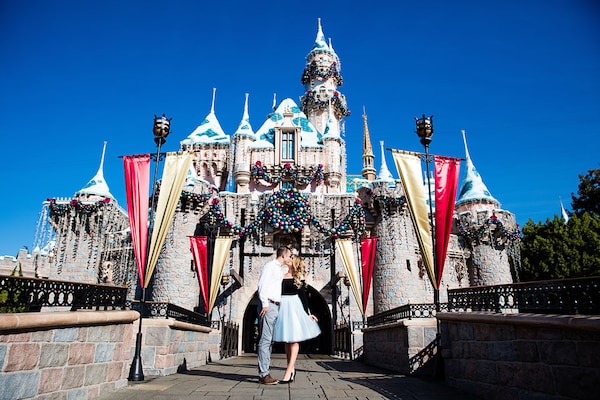 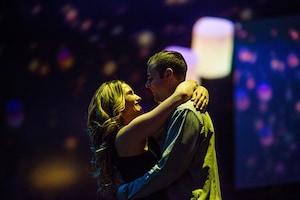 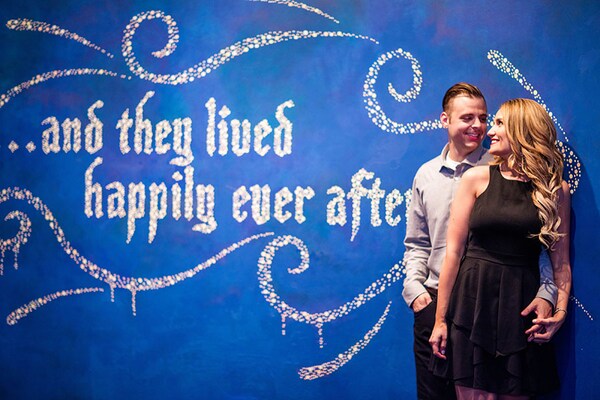