These two Cast Members didn't meet at work like so many others, but their meeting was definitely Disney related. Jackie and Andrew met aboard the Disney Magic while on a transatlantic voyage from Barcelona to Port Canaveral! After leaving the ship, they decided to stay in contact as they both lived in the same city, and the two began dating just a few months later. Many of their dates took place at Walt Disney World, and they enjoyed four amazing years together before Andrew decided to propose.
It was Christmas time, and they were visiting Jackie's family. While teaching Jackie's mom how to take a video on an iPhone, he dropped to one knee right on camera! They describe their relationship as one based on the shared belief that a relationship should be energizing and affirming. Andrew shared, "In the movie Enchanted, Patrick Dempsey's character says of Princess Giselle 'it's like you escaped from a Hallmark card or something.' Jackie's the same way." Take a look at their photos and you will see that joy seems to jump right out of them!
When asked what inspired them to have a portrait session at Disneyland, they responded, "how could we not?" As Cast Members, there is something extra special about visiting the place that started it all - even when it is pouring rain. They are even having a Disney's Fairy Tale Wedding soon! 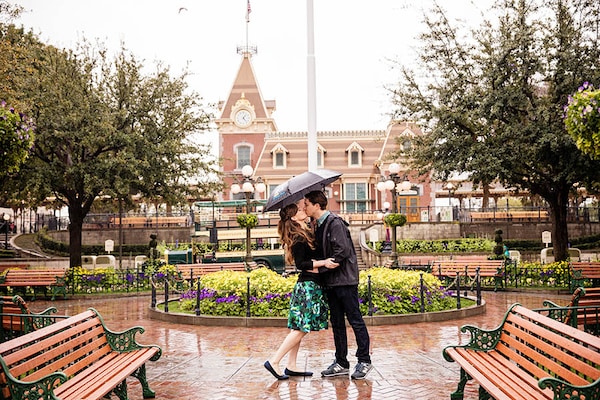 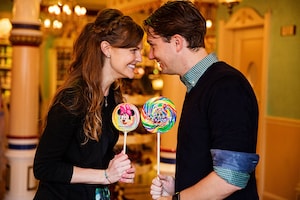 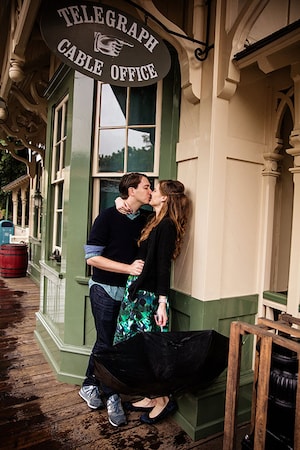 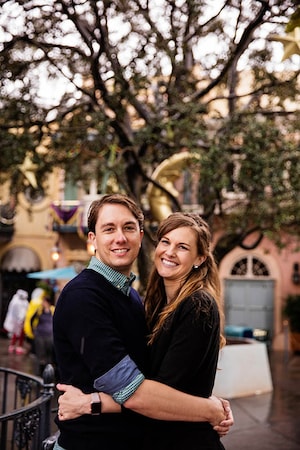 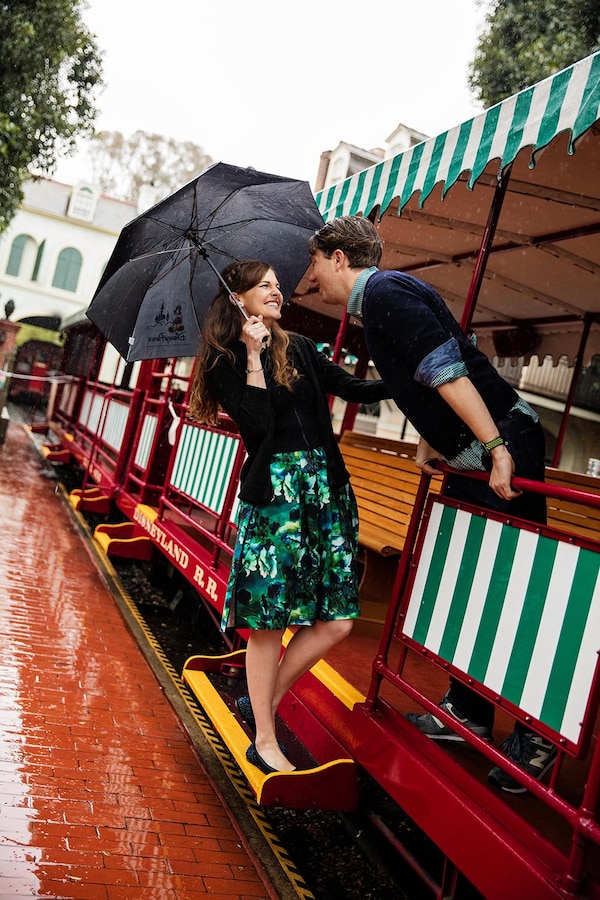 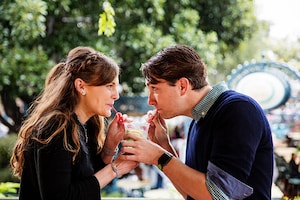 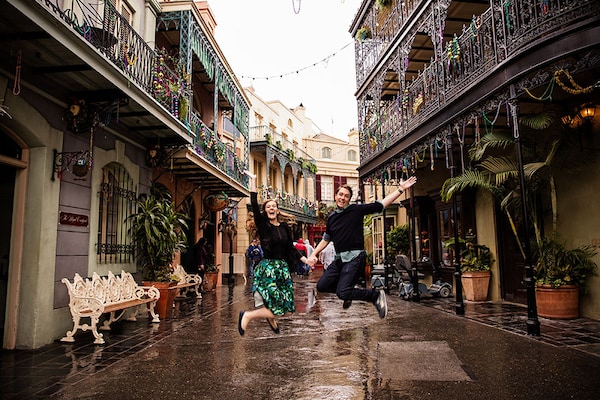 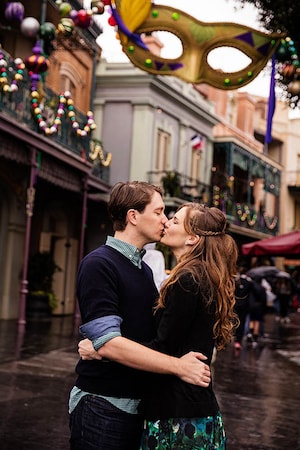 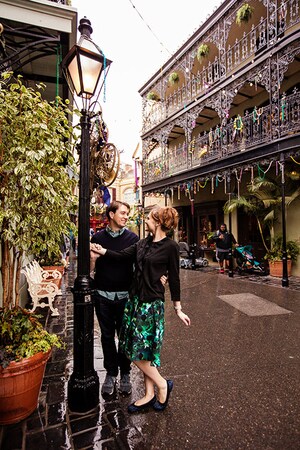 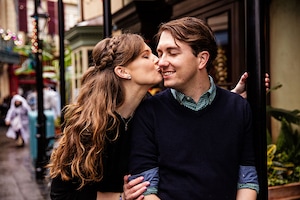 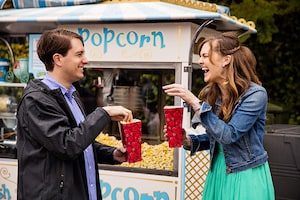 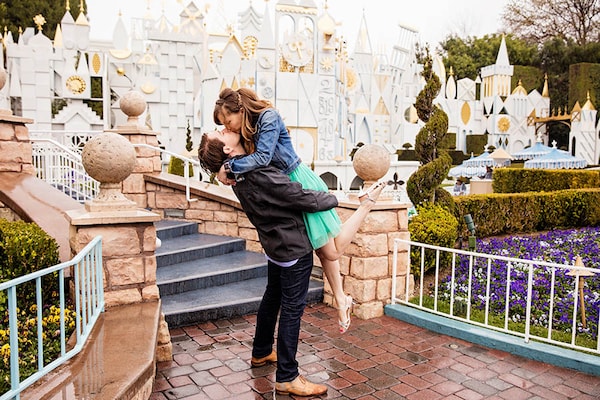 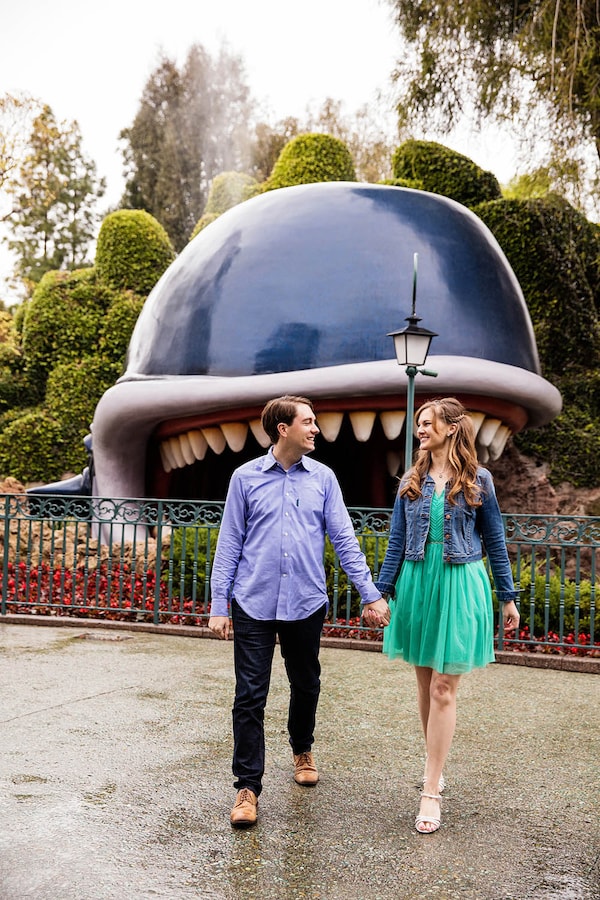 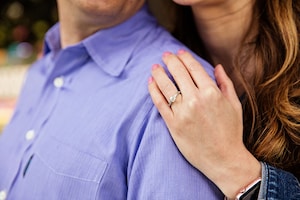 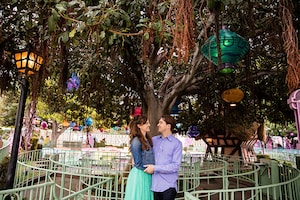 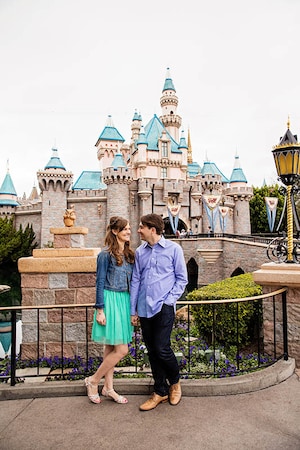 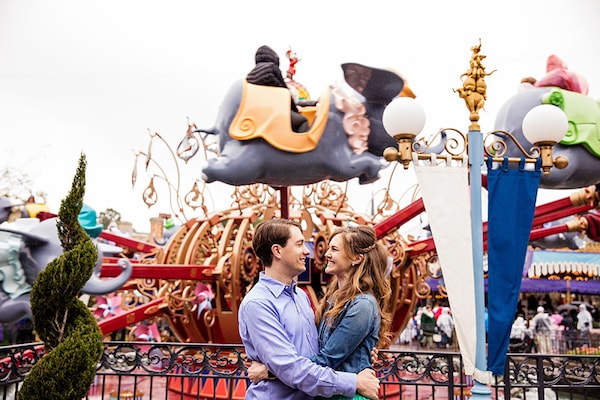