As soon as Steven proposed to Kayla, they knew a Disney's Fairy Tale Wedding was in their future. The Walt Disney World fans visit the parks once a week and Kayla has dreamed of a wedding fit for a princess since she was a little girl. Since the lovebirds' favorite park is Disney's Hollywood Studios, they decided a theme park portrait session would be a special addition to their big day. This unique opportunity exclusively for Disney's Fairy Tale Weddings couples allowed the pair to enter Disney's Hollywood Studios before park opening to capture once in a lifetime memories.

I am absolutely in love with how they used the magic of the park as the backdrop for their love story. From romantic shots in the garden at The Twilight Zone Tower of Terror to a fun Beatles-inspired Abbey Road photo, their love shines through. This adorable couple proves that true love isn't just for the movies! 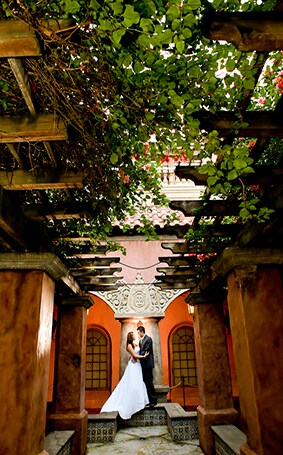 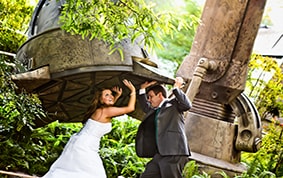 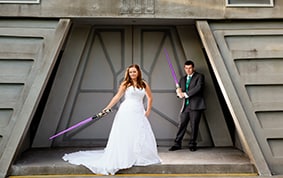 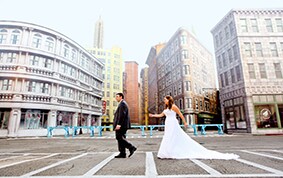 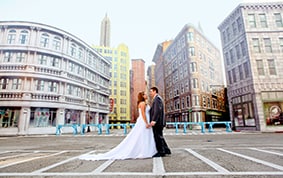