These chemical engineers first met in college when John's father (and their professor/unintentional matchmaker) put them on the same team for a major group project. The two grew closer together as they suffered through their tough courses. John eventually broke the ice and pretended to need some help with homework, and the help session evolved into a date. Four years later, the couple decided to take a walk around their old campus to reminisce, and after passing the room where they first met, John dropped to one knee and asked Prachi to marry him.

The couple had taken a trip to Aulani a few months after their engagement and decided it was the perfect place for the small destination wedding they had in mind. It was just the right blend of Disney and aloha. They chose a minimally decorated ceremony at "˜Ama "˜Ama Patio to let the natural ocean backdrop truly shine, and they decided on beach-inspired décor for their reception in the Kaiona Ballroom. Prachi and John's favorite moment was walking into the reception hall and seeing how spectacular it looked. They were blown away by how the cast members translated all their ideas into a reality. Overall, it truly was a fairy tale wedding. 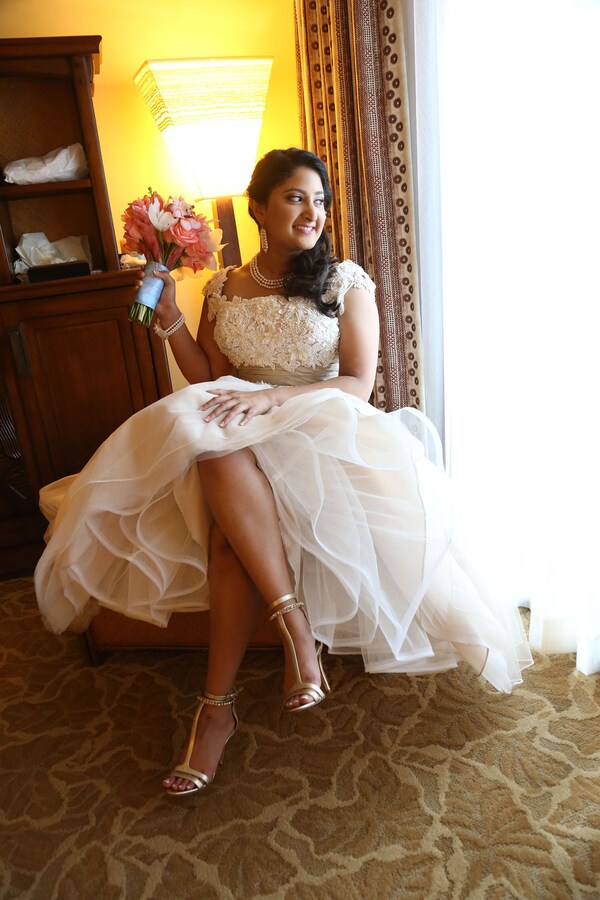 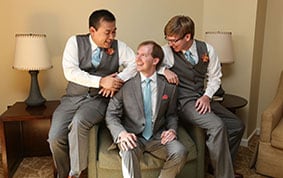 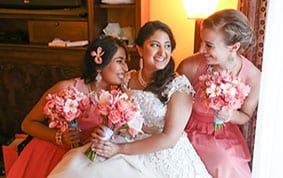 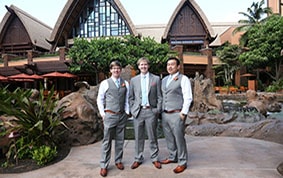 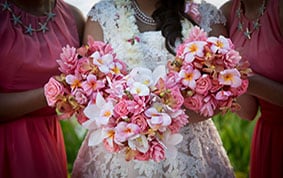 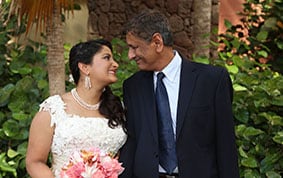 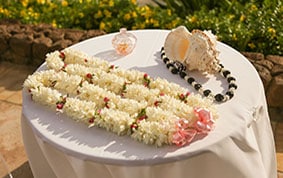 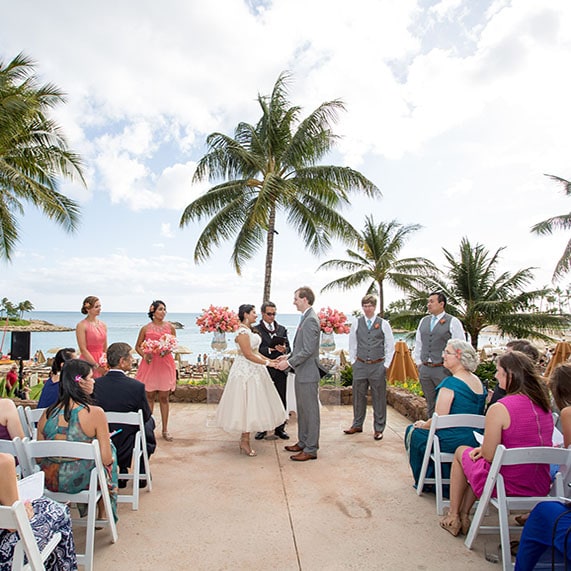 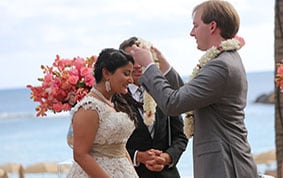 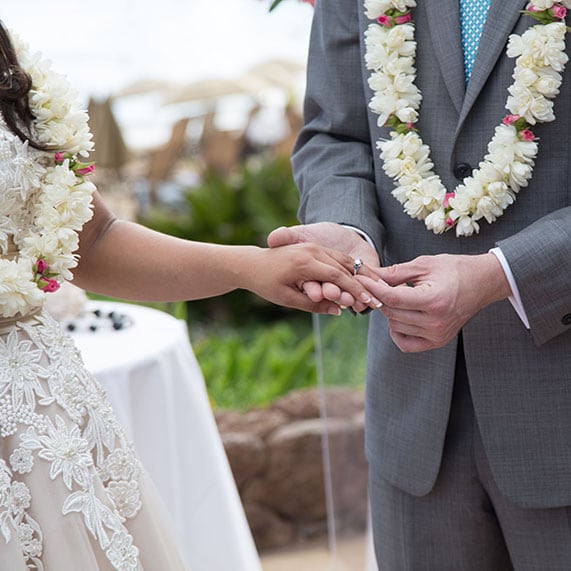 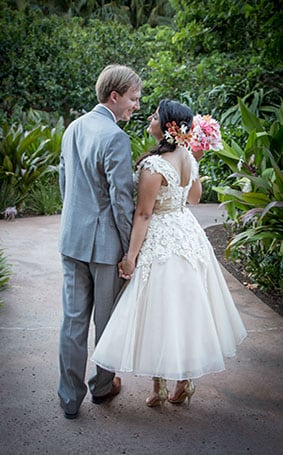 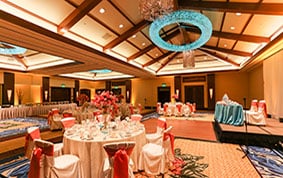 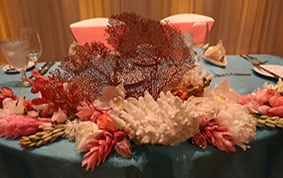 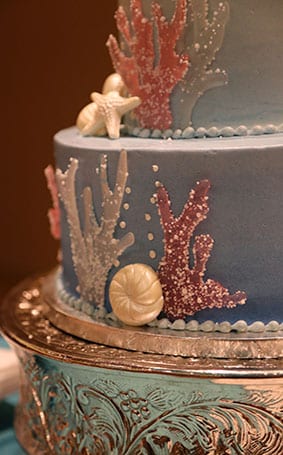 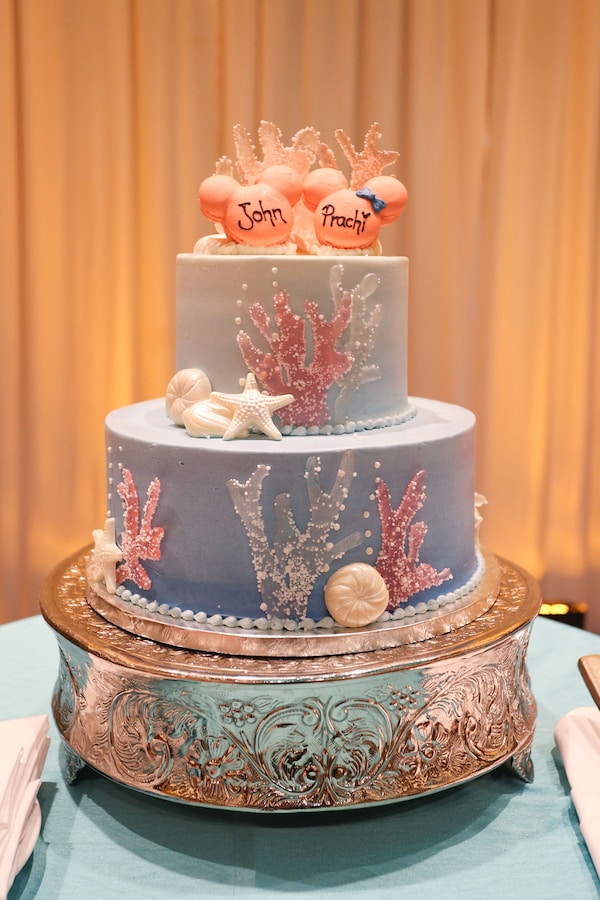 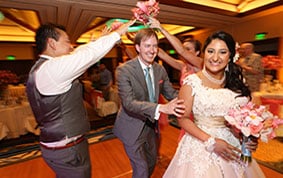 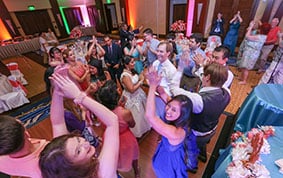