From the very first moment that Tony met Eric, he knew something was different. While living in San Francisco, a mutual friend introduced him to Eric, who was visiting from Houston. The normally talkative Tony, was speechless upon first sight and barely able to form a sentence. As Eric's time in town was coming to an end, Tony finally worked up the courage to talk to him, and when he did, it was "instant chemistry." Eric returned to his hometown but the two kept in contact. With thousands of miles between them, they visited each other every other weekend, allowing them to become fast friends and ultimately fall in love.
Years later, the duo found themselves at Walt Disney World, when Eric's dance team traveled to compete in a competition. After spending the day at Disney's Animal Kingdom, the two headed off to a Dance Gala hosted at Disney's Epcot. As the event came to an end, Eric was quick to point out the fireworks show, IllumiNations: Reflections of Earth, was about to begin in minutes. They made their way over to find a spot as the fireworks began. As Tony watched, Eric kept trying to grab his hand and talk but he was quick to shake him off. Again Eric grabbed his hand and began to talk, this time when Tony looked he said him done on one knee, asking him to marry him. He was once again, speechless but was eventually able to say "Yes", to the man of his dreams.
The decision to have a Disney's Fairy Tale Wedding was inspired by the two biggest surprises either had ever received.Tony had previously surprised Eric with a trip to Hawaii for his birthday and Eric surprised Tony at Walt Disney World with an engagement, which made Aulani, a Disney Resort & Spa the ideal destination. The couple celebrated their happily ever after with a ceremony at 'Ama' Ama Patio over looking the tropical waters and continued with a beautiful reception in Kaiona Ballroom, where Eric treated Tony to a special choreographed dance. 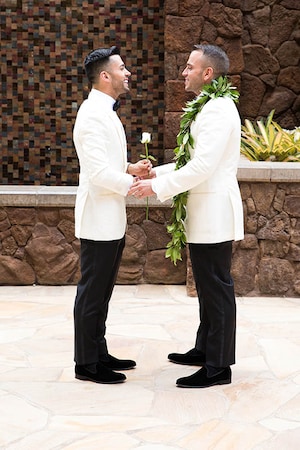 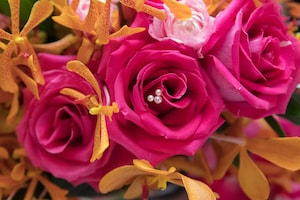 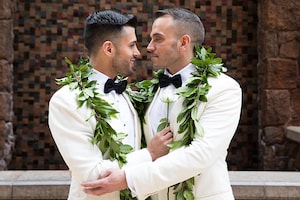 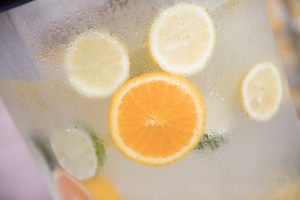 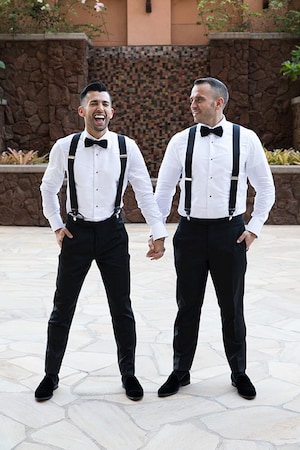 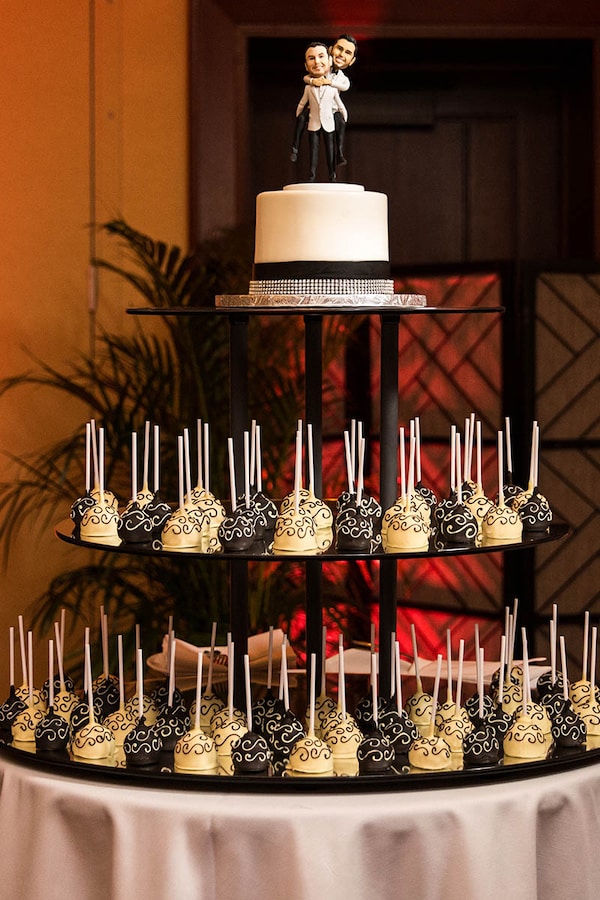 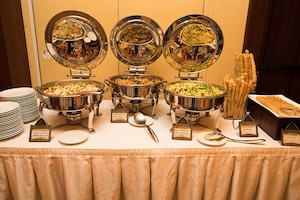 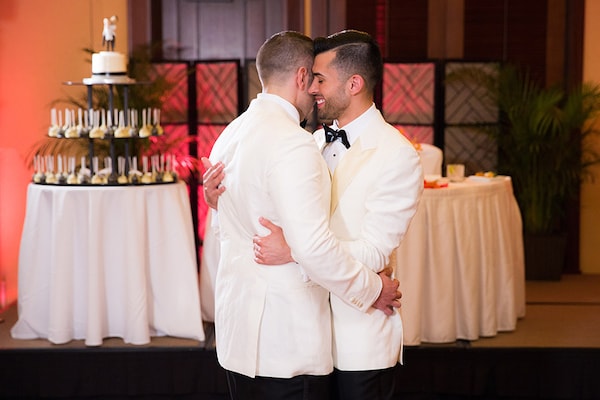 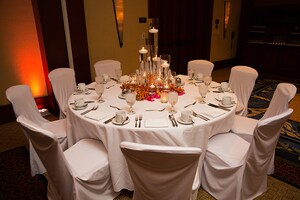