Ashland and Ryan met as Cast Members while working at Disneyland! They were both at a training in the Disneyland Hotel and worked together for a few months before Ashland left for school. At her going away party, the two started really talking and were inseparable ever since. Throughout the time they were dating, the two would occasionally walk by the conference room where they first met during visits to the parks.
On their 5 year anniversary, Ryan took Ashland to dinner at the Disneyland Hotel. As they were walking around, they passed the conference room where it all started and noticed that the door was slightly open. He walked in and called to her to follow. When she entered, she saw both of their entire families waiting! He led her to the center of the space and dropped to one knee, after she said "Yes", their dog, Elvis, ran over with the ring tied to his collar.
Disney has always been a huge part of both of their lives and what brought them together. They had actually booked a venue in California and were about to send out invites before realizing that something was missing. They decided on a destination wedding and wanted to incorporate Disney, so Aulani, A Disney Resort & Spa seemed only natural. They chose to host their celebration at Kula Wai Spa. Ashland shared, "Our wedding was truly everything we dreamed it would be..." 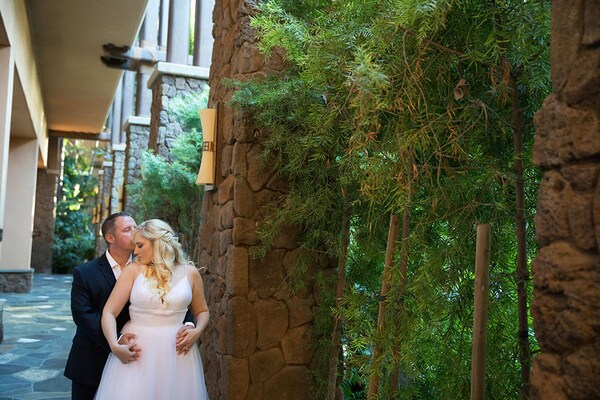 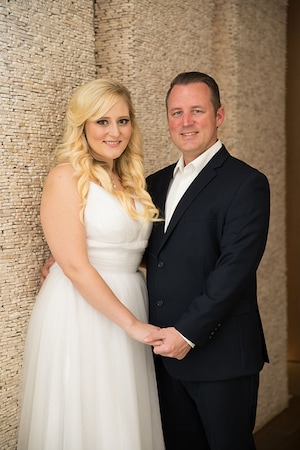 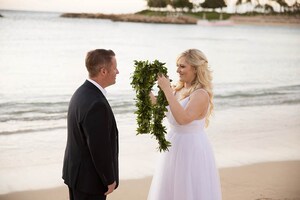 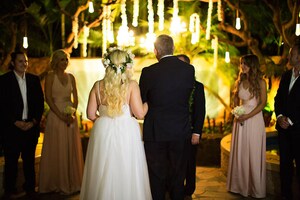 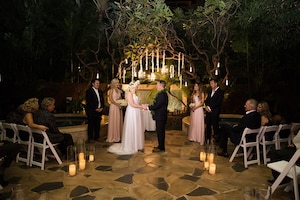 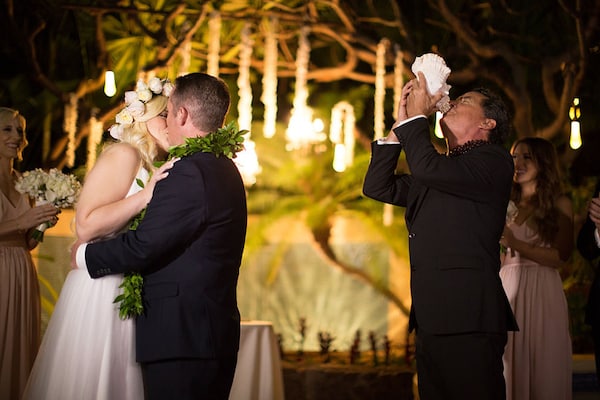 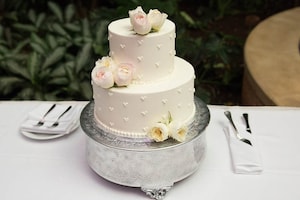 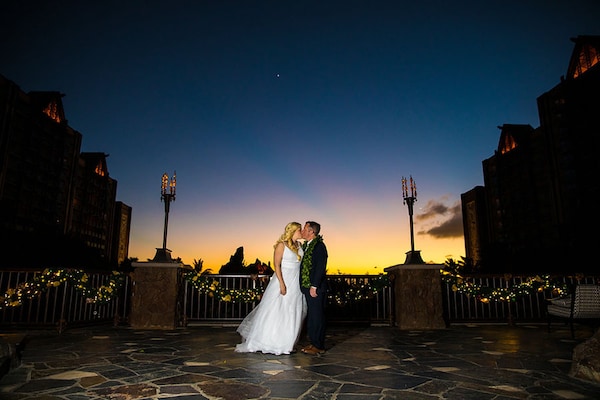 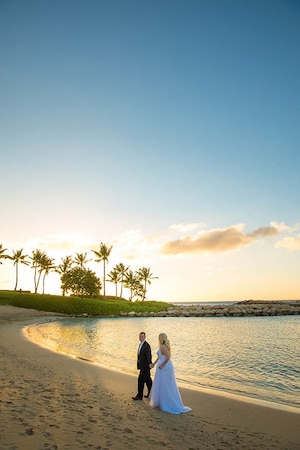