The journey down the aisle for these high school sweethearts was a winding road that took them both in several directions. It began as a friendship that quickly developed into a relationship after their senior prom. From the beginning, Jamie and Jay were challenged by many outside forces from disapproving parents to distance from attending colleges that were miles apart. After college graduation, they decided to part ways as they were both headed different places with their lives.
After her first marriage ended, the couple reconnected and almost instantly fell right back into love. Having two children now, Jamie was hesitant to rush into anything but knew Jay was the one. She decided to propose to him with a full day scavenger hunt through the place where they grew up. At the end, she wrote a new wish in the "wish book" that Jay had given her for Hanukkah - "will you marry me?"
The couple decided on a Disney's Fairy Tale Wedding after joking about what they would do if they won the lottery. Jamie said she would rent out all of Magic Kingdom to get married, and when they decided to research it, found that a wedding at Walt Disney World was actually doable. They held a beautiful ceremony at Disney's Wedding Pavilion with a view of Cinderella Castle through the window, and partied with their guests at their reception at Disney's Grand Floridian Resort.
Jamie shared that one of her favorite moments was entering the Wedding Pavilion and seeing all the decorations. Their advice to future couples? "Have a vision for what you want as well as be open to ideas from your Disney Wedding Planner." 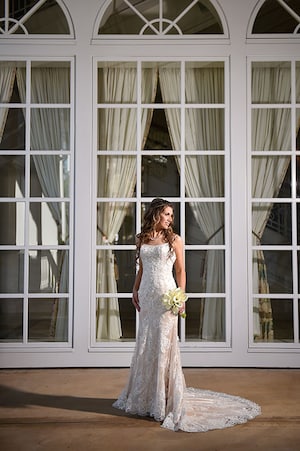 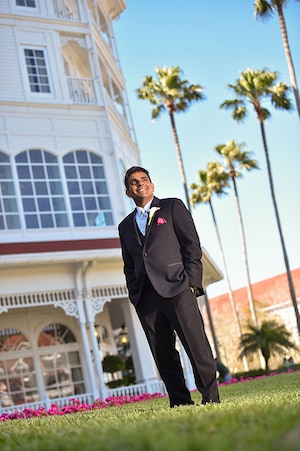 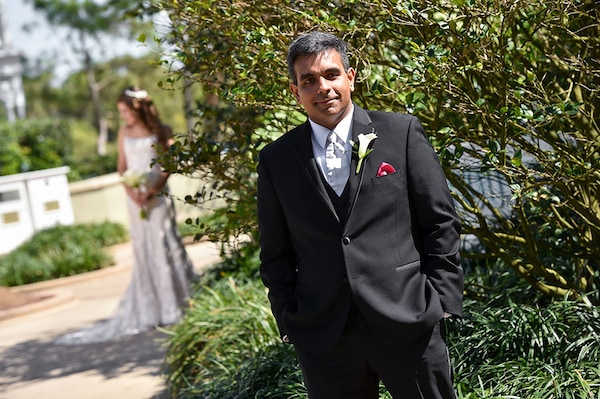 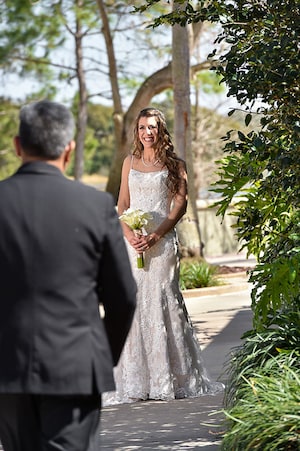 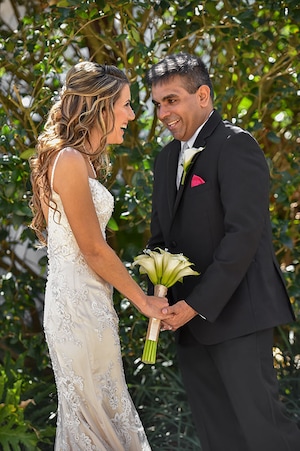 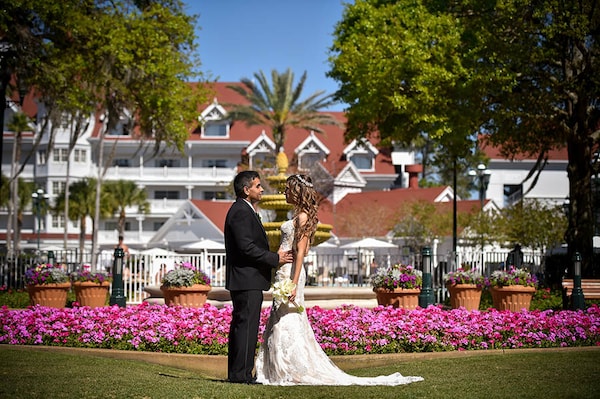 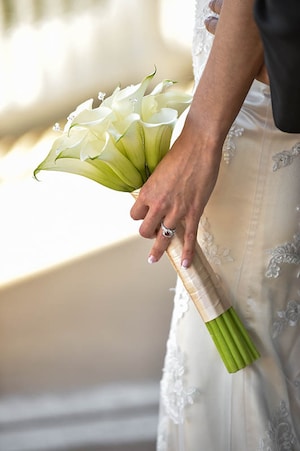 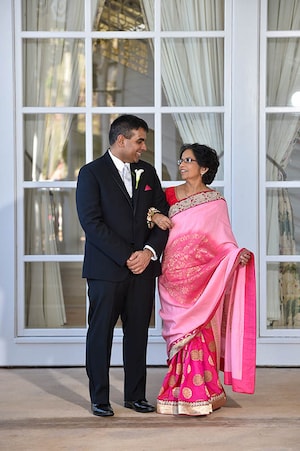 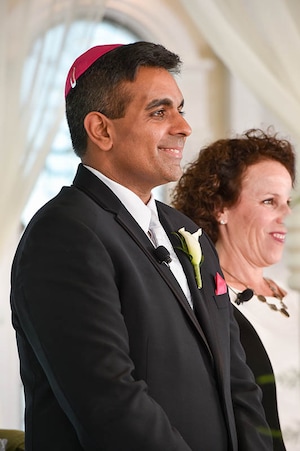 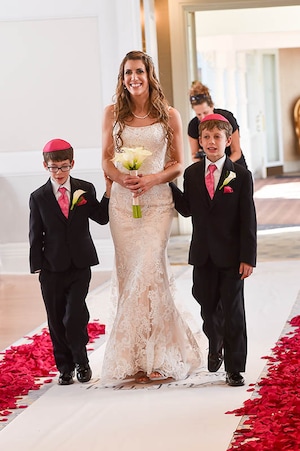 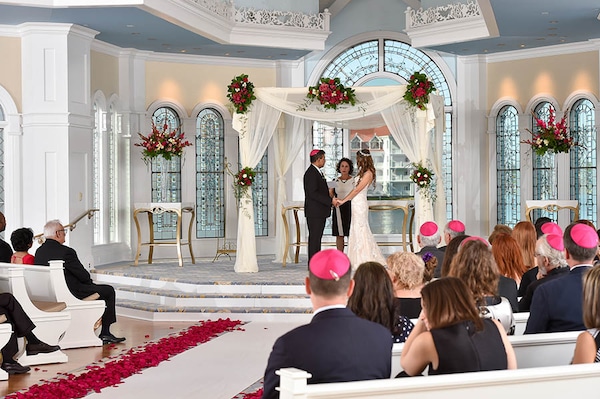 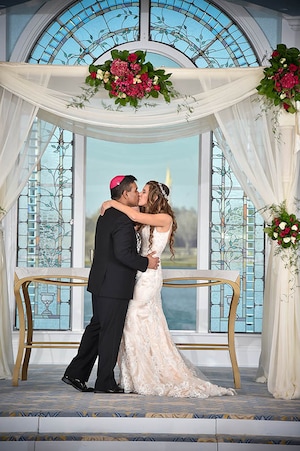 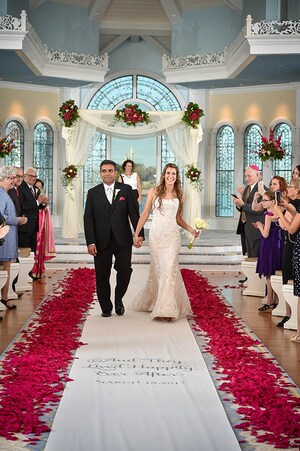 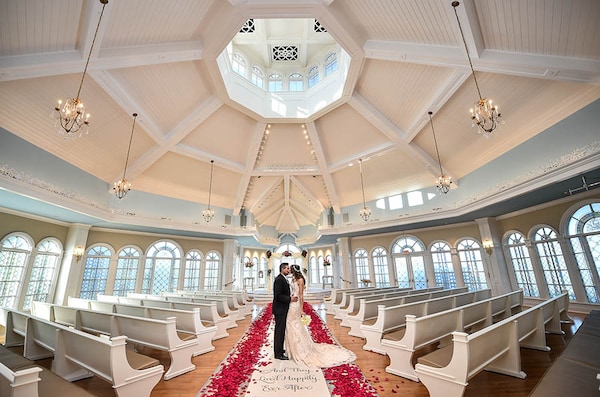 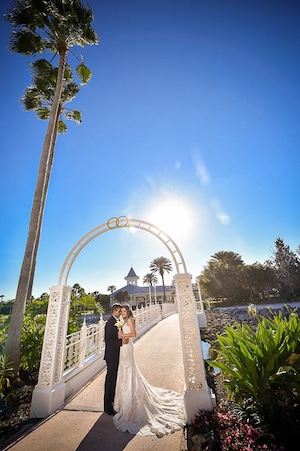 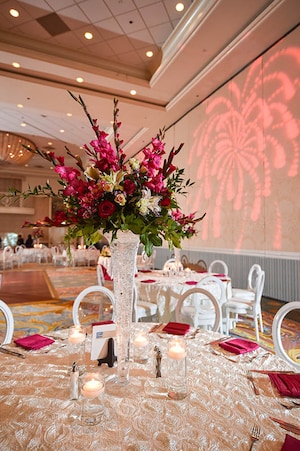 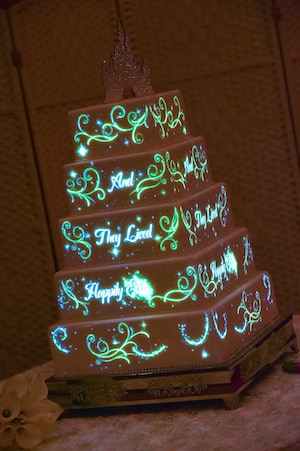 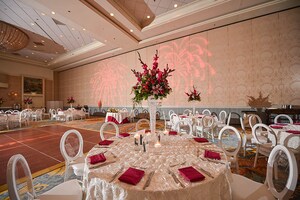 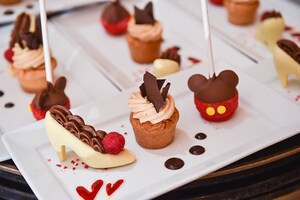 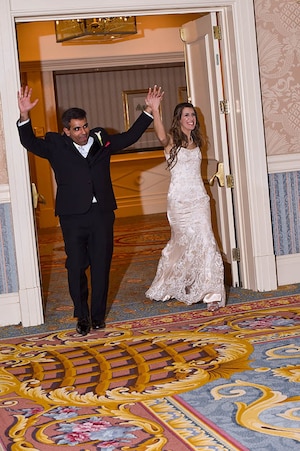 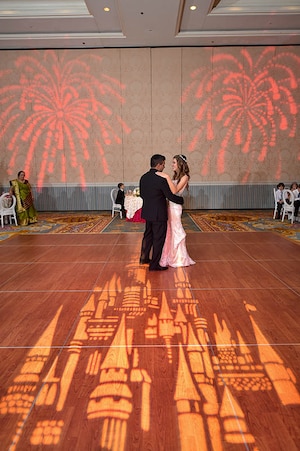 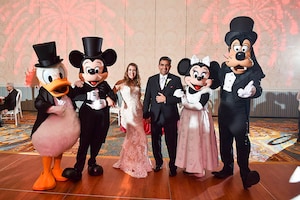 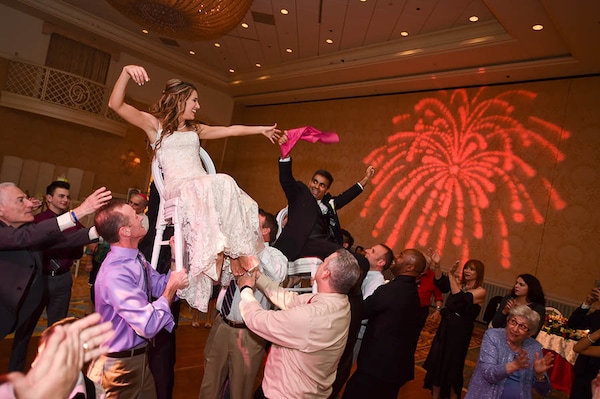