Jeff grew up visiting Disneyland with his family and it earned a special place in his heart. When he moved to Southern California as an adult, he immediately got an Annual Pass. During his time exploring Disneyland Park, he discovered the dancing that took place at Fantasy Faire on Saturday nights. He made a promise that he would learn to dance and one day return ready to attend the weekly dances.
Melaina on the other hand had been a dancer her entire life. As a child, she slept with her ballet slippers under her pillow every night, and as an adult she preformed as a competitive professional Ballroom Dancer. She too visited Disneyland when she was young and formed an emotional connection with Disney. This bond stuck with her even through her dancing, as she would always imagine herself as a Disney Princess while performing. When she made the move to Southern California, it only made sense that she would attend the dancing at Fastasy Faire on Saturday nights.
One day while dancing at a local studio, Jeff and Melaina finally crossed paths, dancing right into each other lives, literally. Their connection was instant and after realizing they had a mutual love for all things Disney, they chose to have their first date in Disneyland.
For the both them, it was obvious that they would celebrate their wedding day. They decided to look at their options for a Disney's Fairy Tale Wedding, and ended up picking a date and having their first planning session before he even proposed! Since Melaina knew it would happen soon and that it be during a visit to Disneyland Resort, Jeff came up with a plan to ensure it would still be a surprise.
Over the course of two weeks, they visited the park more times than usual so she wouldn't know when it was coming. After a few days and still no ring, Melaina started to lose hope, calling her friend to complain, "it's never going to happen." However, later that night, the pair arrived to Disney's Grand Californian Hotel & Spa where Jeff led her to the lawn behind the fireplace. And it was there, the moment finally happened!
Melaina and Jeff began their happily ever after with a gorgeous ceremony at Rose Court Garden surrounded by friends and family. The newlyweds headed off in style to their reception at Sleeping Beauty Pavilion with a ride in Cinderella's Crystal Coach, which the bride described as the "best ride in Disneyland!" To complete this fairy tale love story, the couple choose to return to the place where it all began, Disneyland Park, for an amazing portrait session and of course, a dance in front of Sleeping Beauty Castle. 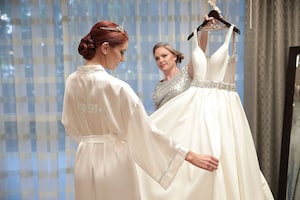 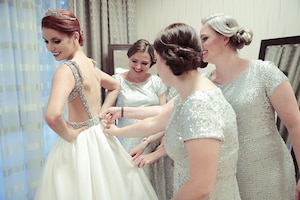 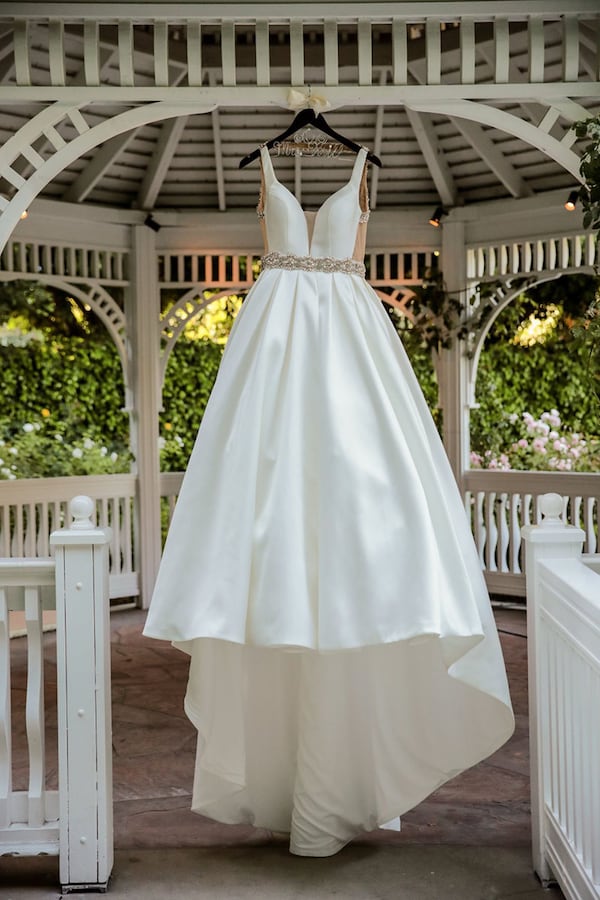 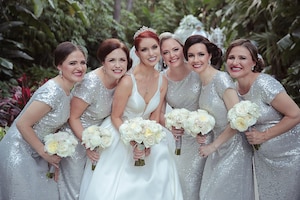 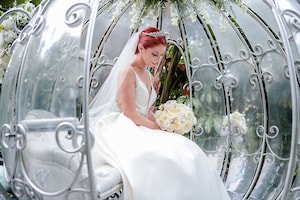 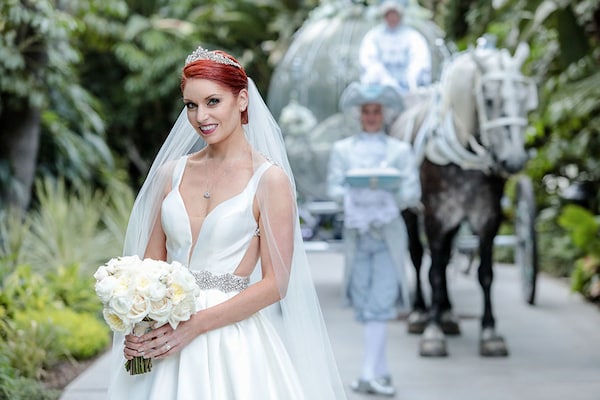 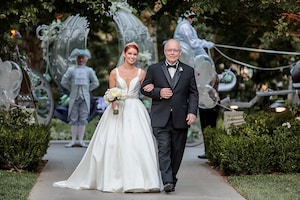 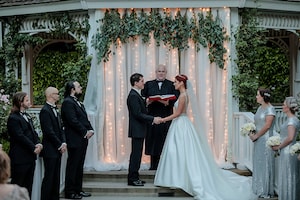 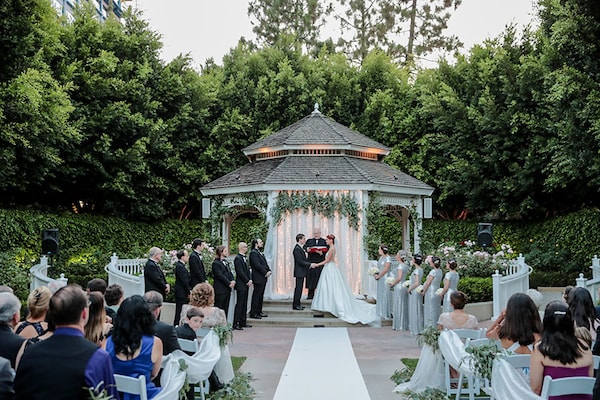 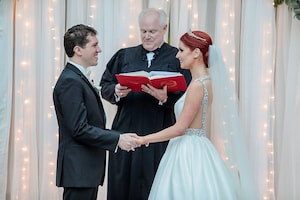 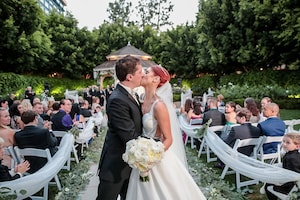 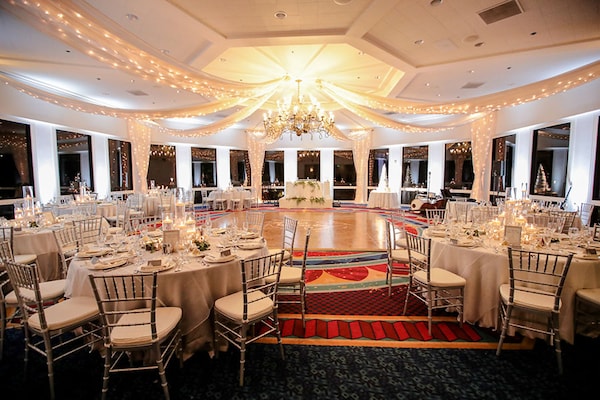 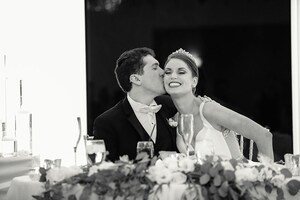 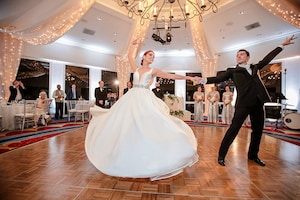 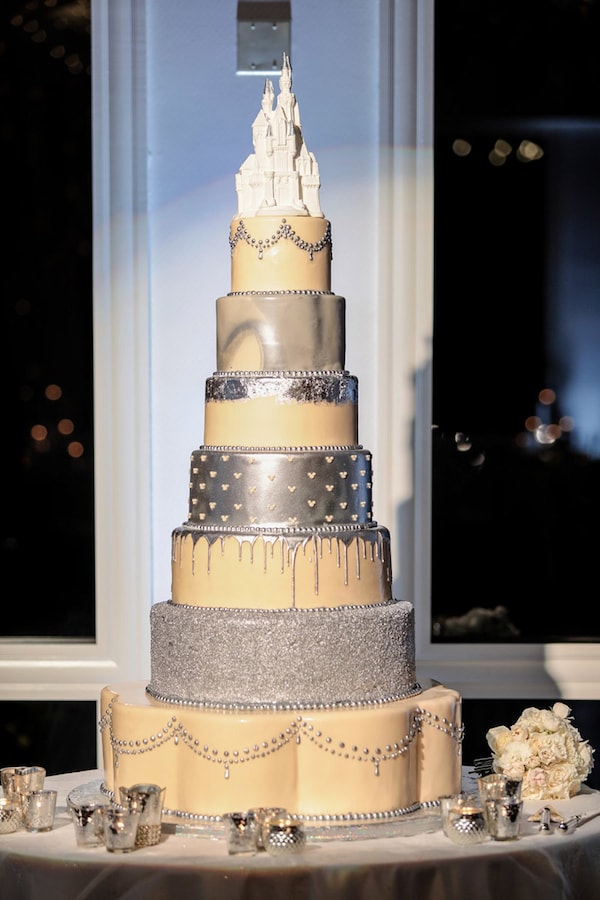 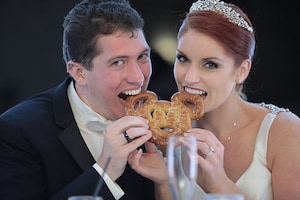 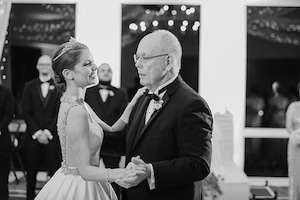 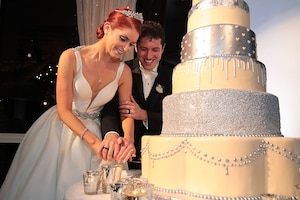 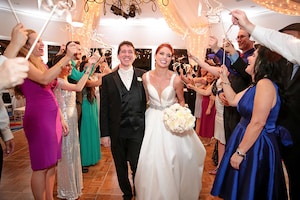 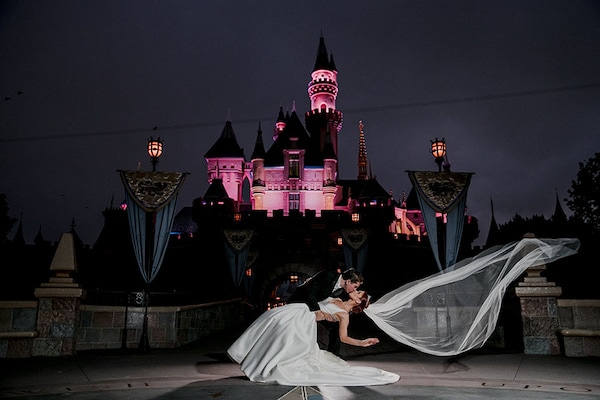 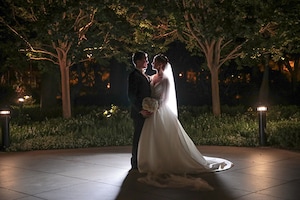 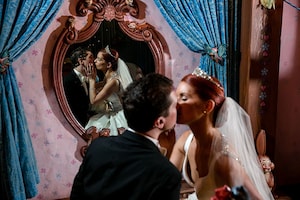 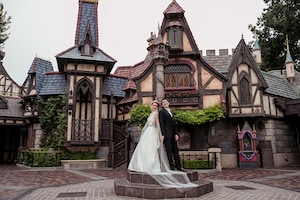 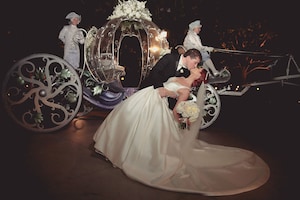 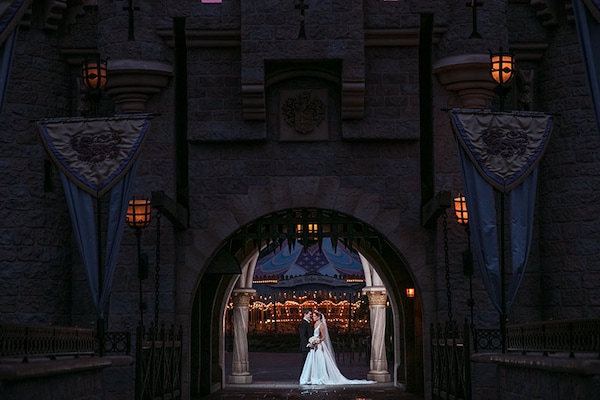